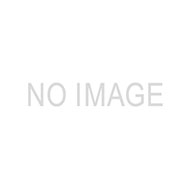 ）Frescobaldi Edition Volume 2 (2CD)Il Primo Libro Delle CanzoniPerformed by:Ensemble ConSerto MusicoRobert Loreggian, directorDigital Recording: 2007Giralamo Frescobaldi (1583 - 1643) was one of the most important and influential composers for the keyboard in the early 17th century. He straddled the late renaissance style in his early output, and by the end of his life had contributed some of the most impressive and influential works to the early Italian baroque. The son of an organist he was born in the northern city of Ferrara, where, by all accounts his father was rather well to do, owning a large house. His employer, the Duke Alfonso II d’Este was obsessed with music, and spent several hours a day listening, and he threw considerable financial resources into music making at court. Young Frescobaldi obviously thrived in this environment for he soon took up employment for the Duke of Mantua, and later became organist to the Medici in Florence from 1628-34. He then went even further by moving to Rome to work for the Barberini family of Pope Urban VIII. In this elite society he mingled with such names as Bernini and Pietro da Cortona.This 2CD set is devoted to the Canzonas of his late period from 1628 - 37. Much of his output until this time had been for keyboard alone, and later for voices. The canzonas are works for two, three and four parts, and have much in common with the motet. This is that the instrumental writing is almost interchangeable with voices. Canzonas are derived from the French Chanson, which had become popular at the time. Frescobaldi was made the form extremely flexible, incorporating his canzoni into his organ masses, and for the epistle at the end of Mass. They were equally suitable for banquets, outdoor functions, serving and surviving use in church